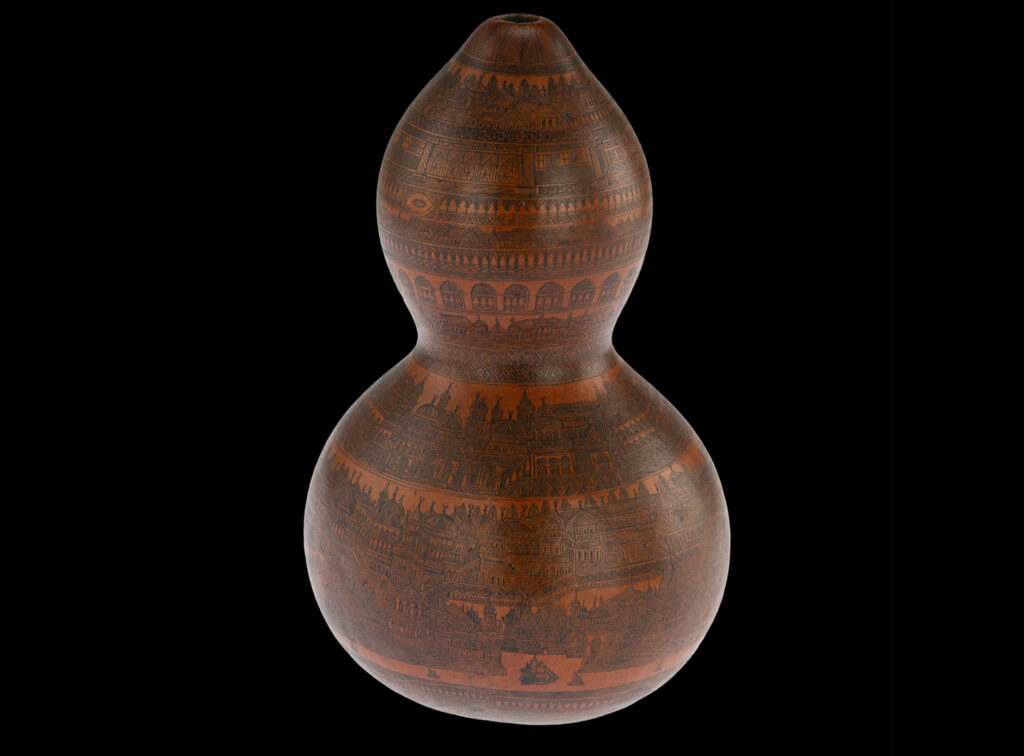 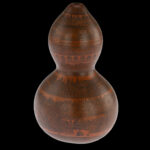 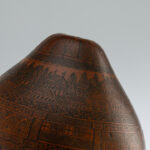 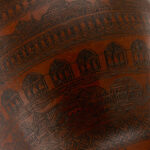 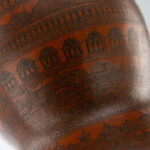 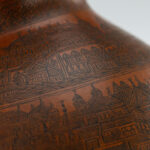 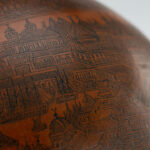 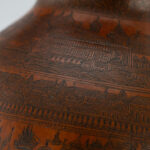 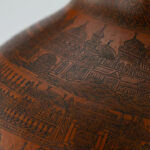 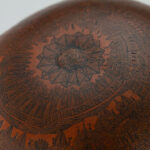 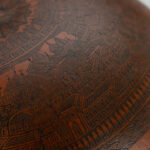 This rare delicately engraved, and lacquered Ottoman vessel shows a gloroius Utopian image of what an Ottoman urban city would look like in the eye of a foreign mastercarver.

The array of inixistant edifices with obscure structures and roofs, packed closely one beside the other in rows on the body of this double gourde, betrays that the craftsman had never visited any city in Turkey nor lived in it. It is as though the craftsman had heard traveller accounts of the previous Ottoman main cities such as Istanbul, Bursa and Edirne, and had conjured up these images from his own vivid imagination. He thus, created an idyllic cityscape dotted with domed and pitched roofed buildings surmounted by finials baring crescents and stars by stories he had heard. Likewise, the scenes of the waterfront harbour scape lined with galleons And sailboats is unlike any Ottoman city.

Although unsigned, this vessel is undoubtedly attributed to the famous Algerian wood mastercarver Hamouda Ben Elhaj, whose work on similar natural double gourdes and on bamboo stems is unmistakably similar.

ENQUIRE ABOUT THIS ITEM