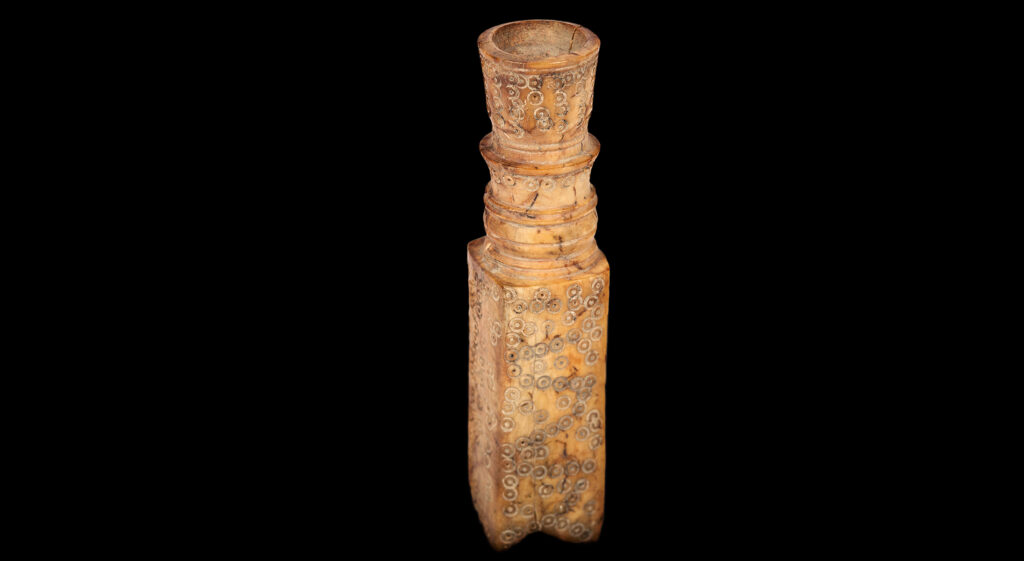 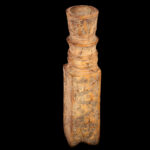 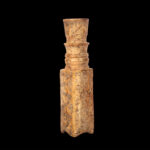 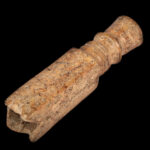 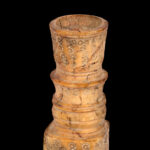 This early Fatimid vessel is in the form of a cuboid resting on four footed raised legs and a series of ring like rounded narrower neck. It would have contained kohl, an ancient eye cosmetic fine black powder made traditionally by grinding stibnite.

Kohl was also believed to have medicinal properties. It is still widely used in the Mediterranean basin as well as the Indian subcontinent as a substitue to eyeliner to contour and/or darken the eyelids. This early kohl ivory small carved vessel was turned in the same manner as wood was turned to make the various parts of a large mashrabiyya (lattice-work) window. The body is decorated with peculiar dots within circles.

This vessel would have had a long metal or ivory thin tapered rod with a dual purpose: firstly as a stopper, and secondly as an application tool. The stopper is missing in this case.

ENQUIRE ABOUT THIS ITEM